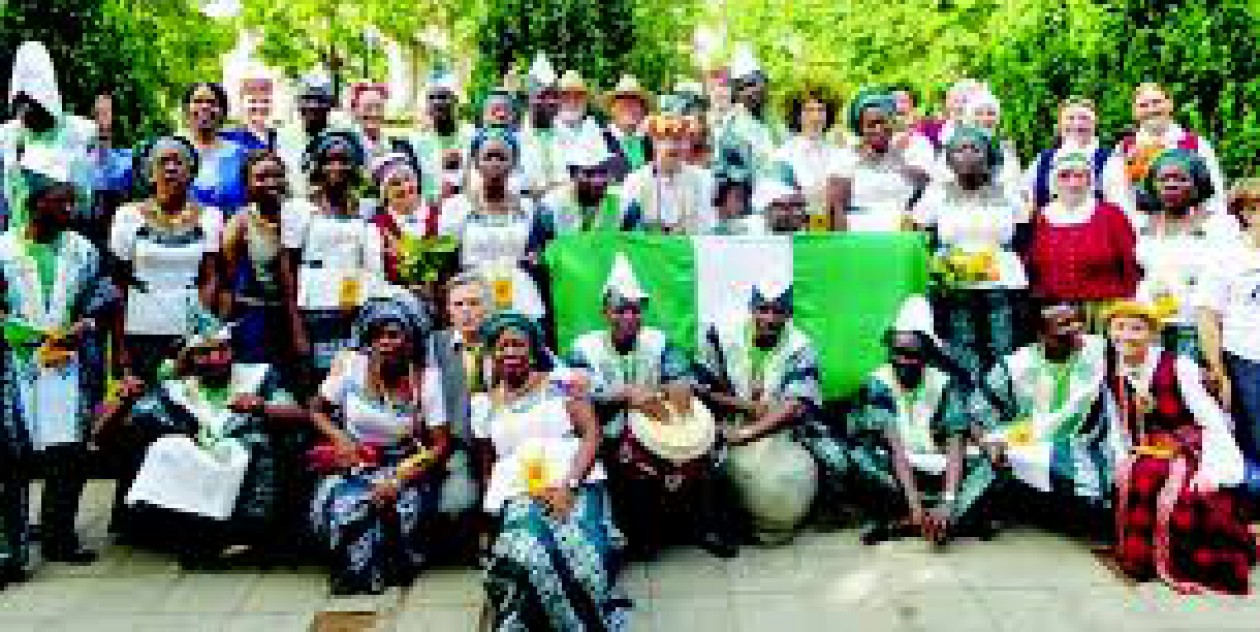 ARTISTE OF THE WEEK – Mr Batik

When Fela was released from jail by Justice Okoro Idogwu in 1986, he went to Jazz 38 where the Extended Family Band was playing, to enjoy a cool evening of Jazz Music and later became their guest every Friday. It was through Fela’s visits that he met ‘Biodun, whom he really appreciated, due to his versatility on the Trumpet back then. The artiste of this week was a member of that band, along with Jide Omidiran and Ayo Bankole Jnr, they formed the youngest members of Jazz 38. 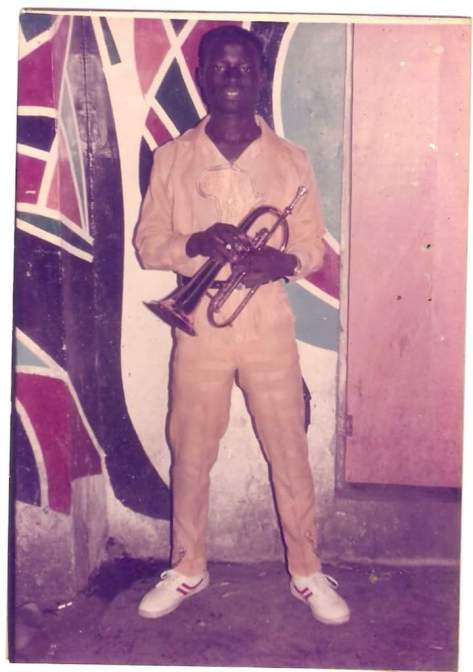 Young’ Biodun posing for a picture before a show

In 1989, Fela took his band for a Tour in the US and Bola Twins, his lead trumpeter absconded. He immediately sent for young ‘Biodun, who became Fela’s lead Trumpeter in the Egypt 80 band in 1989, along with other young guys in the band then; Soji, Keji Hamilton, Solomon Bamgbose, and others.

As the youngest male member of the band, and because he could read Music, Fela became fond of ‘Biodun. According to him, Fela appreciated that because he usually wrote out his new numbers in staff notation and the very few that could read Music made his rehearsals faster.

In the Egypt 80 band, ‘Biodun received a salary of N75, he was always travelling to Lagos to play on Tuesday, Friday and Saturday. The pay was good, at least he was living on that after paying N4 tax and making savings. Bus ride to Ibadan was between N3 and N4 per trip, so he still had a lot of change. Big boy! you would say.

He has since played in so many bands, from 1986 till date, some of which he has lost count of. 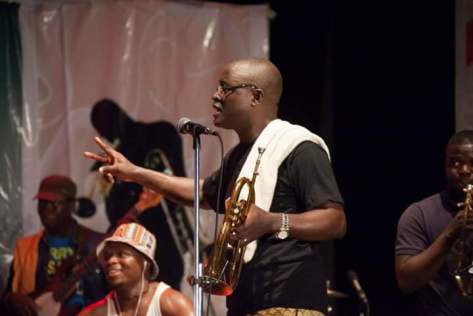 Now Mr Batik, with his band in concert

A Native of Ibadan, Abiodun Adebiyi Benjamin joined both the choir and the Boy’s Brigade (2nd Ibadan Company) in 1970. In the Boy’s Brigade, he learnt to play the snare drum in 1977, the Trumpet in 1979, the Organ (harmonium) in 1981 and other instruments later.

Growing up was really tough for young ‘Biodun, as a music student at The Polytechnic lbadan, a chorister at St Paul’s Yemetu, Ibadan and an employed Trumpeter at CAC, Agbala Itura. But he combined it all, at least to make ends meet.

Upon graduation, from The Polytechnic Ibadan, ‘Biodun had played for several bands and had carved a niche for himself. He became a founding member of the MUSON Symphony Orchestra, under the Directorship of Louise Jones in the mid 90s, and later an Assistant Organist at St. Paul’s Anglican Church Ibadan in 1997, then the Assistant Director/Acting Director of Music at St. Paul’s Breadfruit, Lagos.

Fondly called Mr Batik, he is a Trumpet/Brass Instructor at Lagos State University where he also bagged a degree in Communication Studies.

He has attended several conferences and seminars abroad to broaden his knowledge on the trumpet literature, nuances and pedagogy.

Mr Batik, third from the left, on the last row

I CELEBRATE YOU TODAY.

Showcasing the Best of Nigerian Classical Musicians to the World.